Our site uses cookies to improve your experience and enable certain functionalities. By clicking “Yes, I’m happy“, you agree to our website's cookie use as described in our Cookie Policy. You can change your cookie settings at any time by clicking “Manage my cookies.”
No, thank youYes, I’m happy
Free webinar: Wellbeing in Law - A Fireside Chat with Frontline Lawyers
Watch Now

Back to articles
LegalTech Advice
－

The Future of Legal Tech

It is no secret that the legal sector is one which is currently undergoing transformation, as new platforms enter the general sphere. It is also no secret, that to some extent, legal firms are playing catch up with many other sectors who have invested in new technologies. This is not necessarily the fault of management or IT developers, as it has a lot to do with the very nature and culture of the legal profession itself.

Historically, by its very nature, the legal profession is risk adverse. Indeed, much of its central mission is to manage the legal risks involved with their clients. Conversely, innovation is about taking risks. In some ways, it is like mixing oil and water, in the sense that they do not naturally combine, but the mixing must in some shape or form be necessitated, whether that is through external pressures or internal need. Most lawyers and therefore partners, have been ingrained to make decisions that are designed to reduce risk, so when asking them to implement a new platform or a new way of doing something, the immediate reaction is not to see the potential upside in efficiency gains, but to map out all that could go wrong. The consequences of such a mentality means that the legal sector, as a whole, is slow to adopt new technologies for fear of something upsetting the existing work flow and slowing things down. As many will know, the tech industry has almost the opposite approach to risk. The natural instinct of developers is to try something, watch it fail, and build on that failure, until something successful comes from it. In a large way, this makes it difficult for legal professionals and tech start-ups to talk to each other, because they are often approaching problems from opposite perspectives. Lawyers get frustrated by developer’s lack of caution and empathy for their need to manage risk, while developers are equally frustrated by lawyer’s lack of willingness to implement what could potentially be a new and more efficient method to achieve outcomes.

Over the past ten years, there has been a sea-change in technology and law firms know that they can no longer stand on the shore like Cnut, believing that they can hold back the waves. Since the introduction of cheap data, cloud services, blockchain, AI, and machine learning, there are simply too many ways efficiency is to be gained. As many firms have come to realise this has placed them in a position of catching up, which in turn, has led many to seek one grand solution to their efficiency problems. Terms like blockchain and AI are waved around like they are some kind of panacea, and often times, those who make the promises have little understanding of legal processes or the mentality of lawyers and how they work. Equally, lawyers are not developers and it is difficult for them to discern what is or is not possible. In many respects, law firms are vulnerable to being taken advantage of unless they have good technologists advising on potential new products.

I often hear of some firm or another talking about introducing a new AI product or new machine learning tool, as though it will become a golden goose laying contracts with amended text, because some deep analytics was involved in its creation. While there is scope for these platforms to introduce great efficiency with certain tasks, I am not convinced that they will be the silver bullet that many might think them to be. There is one simple constraining fact with AI or machine learning and that is that they require either an algorithm or a source of fresh data, and often both. Neither, can in any way, replace the human intellect. The capacity of the human mind’s ability to combine instinct, historical knowledge, predictive outcomes, and relationships into its decision-making process, is irreplaceable. For example, if one uses machine learning to generate output based on documents, unless one keeps adding to that number of documents, outputs will largely remain static. To this end, a firm might have an enormous quantity of older documents that it can feed the machine, but what happens when that number becomes a trickle? Will it still be as effective? Additionally, who will keep feeding the data? Will they be able to scan a document that they did not draft, or will they only be limited to their own documents? Will clients mind that their deal documents are being used in this way, etc? Likewise, with AI, who will trust the algorithms? Where will the liability lie, if the output is incorrect, due to poor coding? This is only but a few issues, however, as a general rule, I would ask whether such technology can be fully relied upon to interpret, predict, or advise on any legal text.

While I am sure that there are great gains to be had from these technologies, I am doubtful that given the nature of the sector, they will ever replace lawyers and their instincts. With that in mind, my personal view is that the greatest gains to be had for legal firms is in adapting technology around the work flow of lawyers themselves. The real trick is in observing how lawyers interact with their documents, email, and time keeping tools, as well as how those interactions can be made more efficient, without disrupting their practice or forcing them to learn a whole new system to achieve outcomes. Ultimately, what needs to be improved is the manner in which lawyers access, review, and output information. The daily struggles with finding correct sources and assimilating that information to produce an answer, is the key. Will a lawyer trust a machine to do that for them or will they want to read the information themselves? Personally, while I think it sounds fantastic that a piece of technology can read more than 100 documents and give an answer, ultimately this might be insufficient for lawyers. What I would be more comfortable with is something that will help me find what I need, assist with reviewing it, and enable me to output my conclusions in a more effective manner.

At the end of the day, the role for technology in law is not to replace lawyers, but to make them more efficient at what they do.

The Ultimate Guide to Wellbeing for Lawyers. Download your free guide today!

Get My Free Guide
Our site uses cookies to improve your experience and enable certain functionalities. By clicking “Yes, I’m happy“, you agree to our website's cookie use as described in our Cookie Policy. You can change your cookie settings at any time by clicking “Manage my cookies.”
No, thank youYes, I’m happy

LegalTech Advice
Diversity and legal tech: how are the two linked? 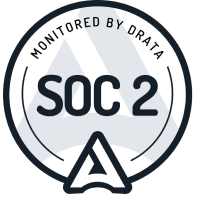 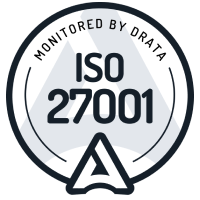